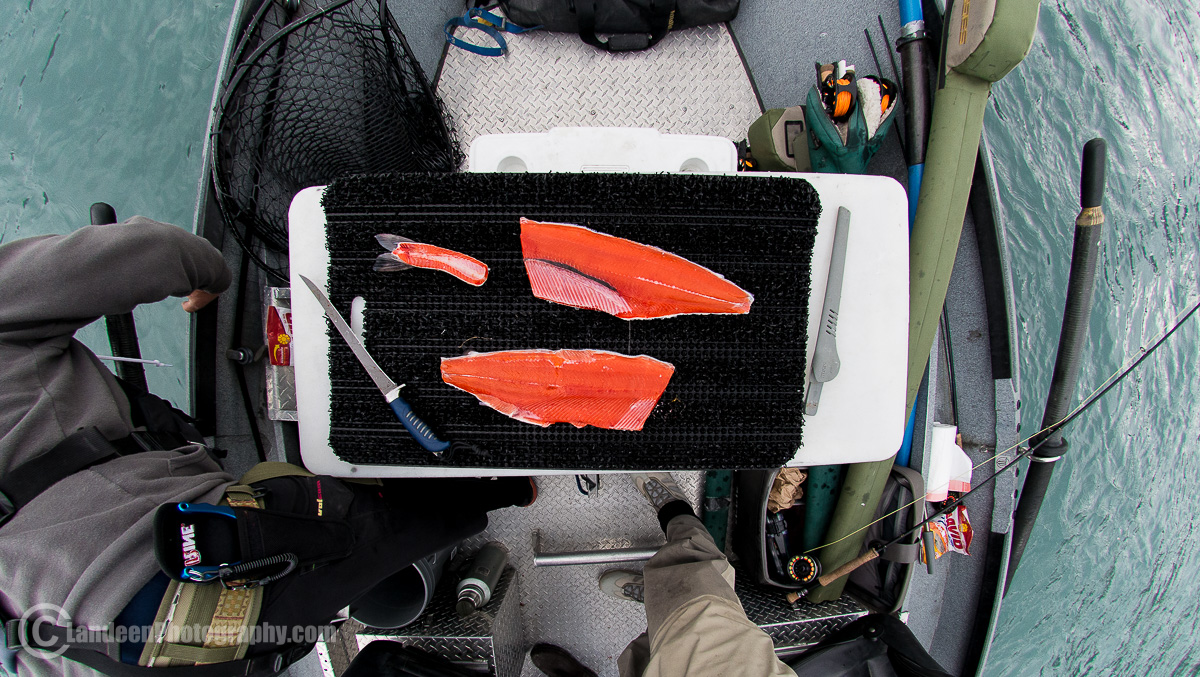 The guide rinsed the knife in the river with a quick back-and-forth motion that made a gurgling sound. The angler sat behind him talking through a smile, “wow, that meat is beautiful, so red. I think we will probably cook this tonight when we get back to the lodge.” He leaned back and cradling his fly rod in his arms. “Yeah, I can’t wait. It looks delicious.”
The guide stood and turned, slowly wiping the blade on a towel. The angler continued. “I cook quite a bit of fish at home. My wife likes it well done, though.” He shrugged.
The guide looked up and a spark flashed across his face as the the sun was momentarily reflected in the knife’s high-chrome steel. He stood perfectly still, the long thin blade gripped in his right hand. His face was in shadow but his eyes seemed to glow beneath the low brim of his hat, from under which brown curly hair twitched in the breeze. The sky darkened and the world hushed: The babble of the river, the lap of the waves against the boat, even the buzzing of bugs and the bird songs all seemed to fade away as if on some galactic dramatic que.
All was still.
Then the guide spoke.
“Don’t cook this well,” he said.
The anglers smile faltered, but for only a moment. “Of course not.”
For two seconds nothing happened.
The guide made a quick movement with his left hand and slid the sheath over the blade with a loud snap and unleashed a million-watt smile. “Okay!” He said loudly, tossing the blade into the fish-box and looked at the other three anglers in the boat. “Who’s up next?”

« A Matter of Perspective
I met a poetic, dirty girl »