On July second Tim Daughton handed me this opportunity.

The outdoor retail guy and Orvis brand ambassador came to Beaver Island at the invitation of the benevolent and generous Cameron Mortenson, who always seems to gather just the right blend of personality under the roof of the Fisherman’s House each summer. 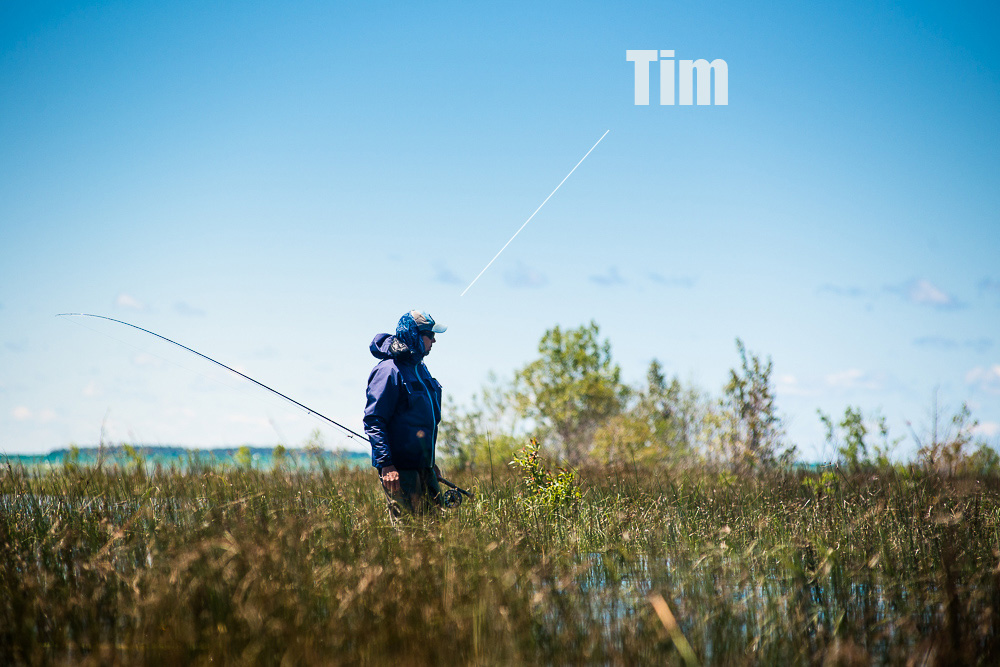 Tim is slight of build, reserved, soft spoken, and quick to smile. He doesn’t drink and to say that is atypical for this group would be an understatement but I have to admit I was envious of his mornings; looking rested and reflective as he sat comfortably next to a cup of coffee and a bowl of oatmeal in warm morning light on the porch of the Dalwhinnie Bakery while I tried to drown my headache in hollandaise sauce and bacon.

This annual trip with its revolving cast of characters is always centered on carp, but as I have talked about before the archipelago has a fabulously epic smallmouth bass population and on days when carp are moody or just not around the smallies are generally Plan B. And as far as Plan B’s go, it’s stupid awesome. “Oh dammit, I am so bummed that we have to resort to sight-sticking giant smallies in shallow water,” said no one ever.

This year Tim and Cameron worked out a Plan B competition: At the end of the trip the angler with the largest recorded smallmouth would win the prize- a shiny new Orvis Superfine Fiberglass 6wt, complete with a Hydros reel and line. Needless to say I was interested, as were most of the others and like a lot of things in life it came down to luck and timing, and now I am the proud owner of my first modern fiberglass rod. 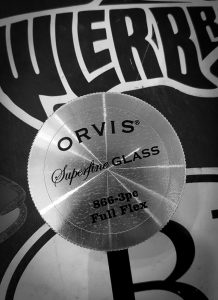 On the last day of the trip as Tim handed over the bright silver rod tube he said, “Congratulations. Now you get to carry this damn thing around airports for a day.” (It’s a three-piece and doesn’t fit in most retail fly rod luggage.) I didn’t really mind all that much. I already had an idea where the rod would make it’s debut.

A little under two months later it was back at the airport, this time rubbing butts with an 8, 10, and 12 weight as my duffle and extra-long rod travel tube made their way down the conveyer belt behind the United Airlines check-in counter. Standing next to my buddy Marvin, I wave to our bags as they push through the black plastic curtains, hoping as all air travelers do that when they re-emerge this afternoon from an airport’s mechanical bowels we will be there to greet them.

At 4:45 local time, Annabelle (you don’t name your rods?) touched down on target in Harlingin, Texas: 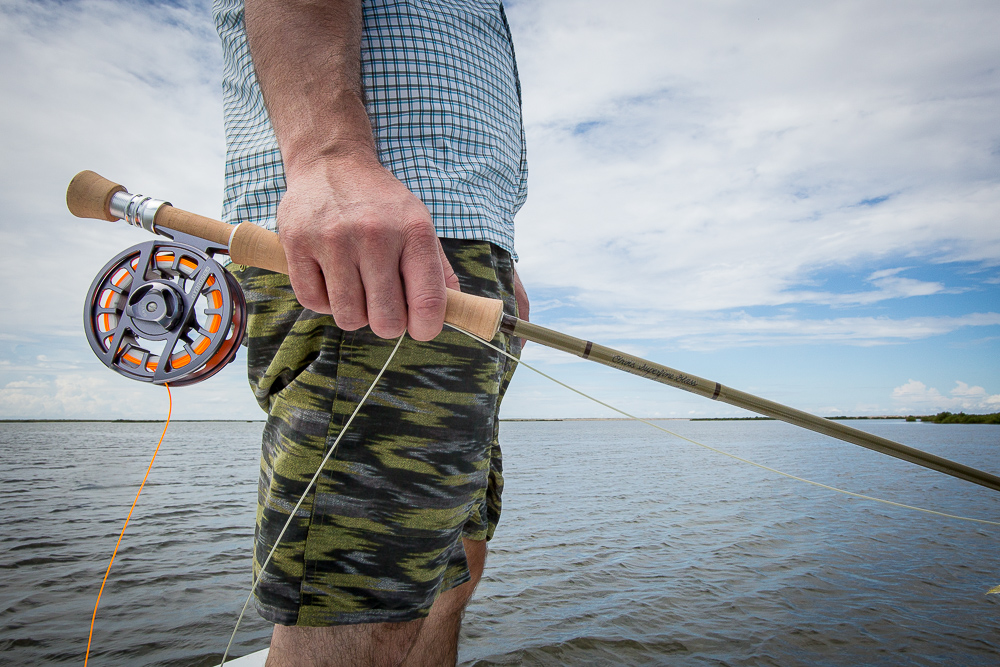 I stood on the bow of Capt Ben’s fancy new Hell’s Bay skiff with the fiberglass in hand. I threw a few loops toward the horizon and it was clear that all of my recent work on Beaver Island with The Mallet (my basically-a-ten-weight eight-weight TFO) had me moving too fast. This rod operates on it’s own time, and will not be rushed.

I was reminded of something one of my Gunsite instructors once said. His name is Walt Wilkinson and he is a wonderfully cheeky retired Special Forces Sergeant Major. He looked over the group while talking about draw technique and said “I am not impressed with fast. I am impressed with smooooooth.”

I slowed down, smoothed out, and things began to come together. The rod loaded and I added a haul, feeling the fiberglass flex all the way down into the grip as it pushed the line into the wind. Fiberglass is a different species. Annabelle isn’t like The Mallet, or Thunderella (my 10ft Helios) or any of the other nail-driver graphite sticks I own. Sweet Anabelle is a fine southern belle, and should be treated as such.

Marvin started on the bow but the morning progressed slowly. Around 10am I had failed to connect on a handful of shots and he had just broke off a fish near a scattering of grassy sticks that separated the main body of this cove from a wide shallow area that pushed back toward the mainland maybe a quarter-mile. We had seen a few fish move in and out of this spot through the cut near where our boat rested lightly on the seagrass bottom. Capt Ben explained that the weather was pushing in a good bit of water, and that the place where we were stopped usually doesn’t carry enough water to hold fish, let along pole a boat. I stared out into the shallows. “Can we walk back in there?” I asked. “Heck, yeah,” Ben said.

When Marvin and I fished here last year we didn’t do any wading so I was totally digging it. The dust-fine mud was slippery and cool on my feet, pushing up between my toes with each step. It was pleasurable in a way I wasn’t expecting. I smiled at Ben. “Yeah, it’s like a foot massage,” he said, smiling back.

Maybe ten minutes later and a few hundred yards from the boat we spotted a dark spot about 150 feet out: a single cruiser straight ahead, coming in slow. I could just make out the lazy undulations of the fish’s gold-red back through the glare. “That is a big fish for back in here,” Ben said in a low tone.

I gathered my line and breathed; four seconds in through my nose, and seven seconds out through my mouth; a thing my mother once told me to repeat while I was trying to relax into sleep. I follow the fish’s potential path and see a lighter-colored mostly sandy spot maybe about 60 feet from us. The wind was mild and left to right and I began to cast, aiming for that opening. Smooth Smooth Smooooooth repeated in my head. False cast, adjust, one more haul, and let it go. Rings appeared where the silver and white baitfish pattern fly touched down, and it looked like I hit my mark. I stopped moving. The fish came, same speed, same path, slow and indifferent, into the light patch. I started a strip. “Wait,” Ben said in a quick whisper. My hand twitched again. “Wait,” he said again. My eyes felt like they might pop from my head. Adrenaline pumped, my whole body twitched, goosebumps rose on my arms. I couldn’t stand it. The fish must be over it by now. By now. Now? Now?

“Now,” Ben said. I stripped. The fly moved up and out, inches from the fish’s mouth. It didn’t even have to move, just flared it’s gills and paused, as if taking a little moment to savor the easy meal. The next strip came tight. My head exploded.

The first fish of a trip is always a special thing, as is the first fish on a new rod. This was a double-dip in sweetness. Annabelle flexed, bent to the cork, smooth as fiberglass and my smile was probably visible from Arizona. 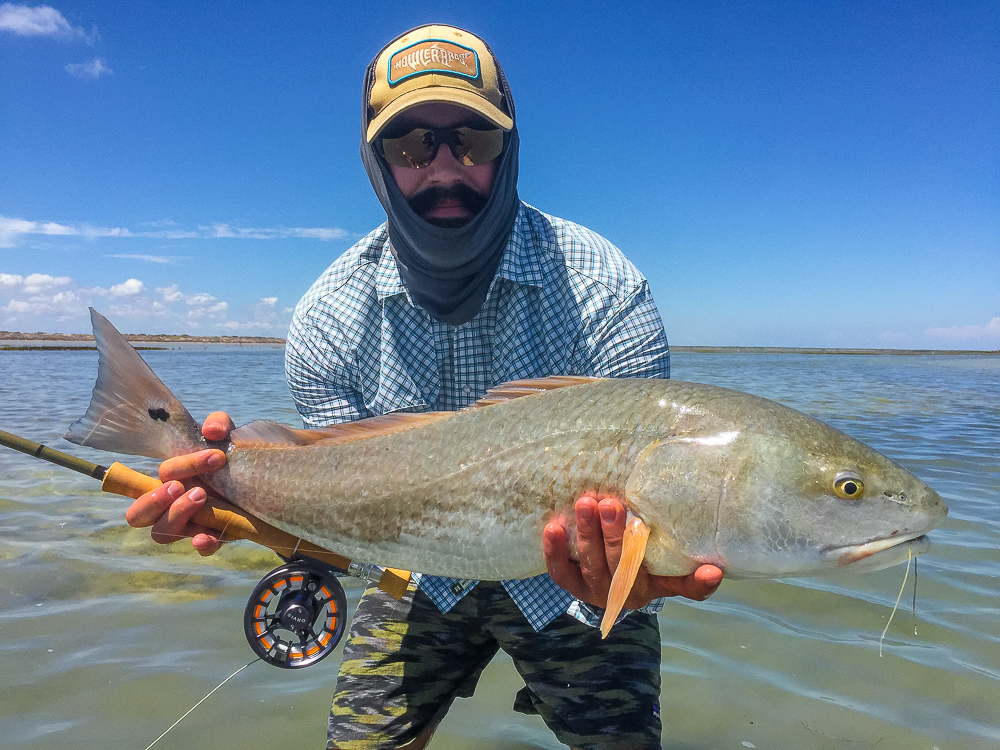 I think the opening of this post completes the coverage of this year’s Beaver Island trip, so I would like to take a moment to thank to Tim and Orvis for the really cool rod, and Cameron Mortensen and TFM for setting up another fantastic Beaver Island trip this year. Also deep thanks to Kevin Morlock, Steve Martinez, and Austin Adduci from Indigo Guide Service. It is always my pleasure, and you guys definitely make the island a special place to visit.

While I was writing this I began to wonder really what kind of distance I was getting on average with Annabelle so I took a quick drive to the park and measured out 75 feet. I feel confident that with a little more practice and a calm day I could make this rod poke 90. That’s pretty cool for full-flex glass.

Also, if you missed the Beaver Island Pixel Dump, and you want to see some of those giant smallmouth bass, check it out here.

To view all the Beaver Island 2016 coverage, CHECK THIS OUT.

-Alex who has more to say about Texas.

There are things going on.
Things that have, things that will, things that might.
Good things, questionable things, things based on decisions made in particular states of mind; haste, lust, passion, panic; explainable best to those who will listen and are willing to suspend their disbelief.
This is life. We are alive.
I am feeling frisky, feisty, and slightly fallible in a general sense.
Things are coming.
Forewarned is forearmed. 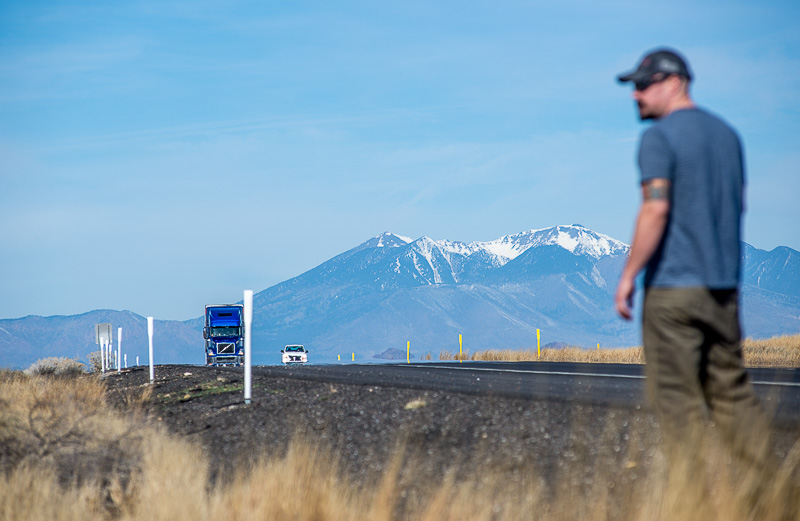 “Do you remember where you last had it?”
“Did you set it down when you put your sweater on?”
“I checked the truck like three times…”
“Maybe it’s over here, like when you went to pee or something?”
“If it would have fallen off a chair or something I would have heard it.”
“No, I already looked in the tent.”

It was in the tent. 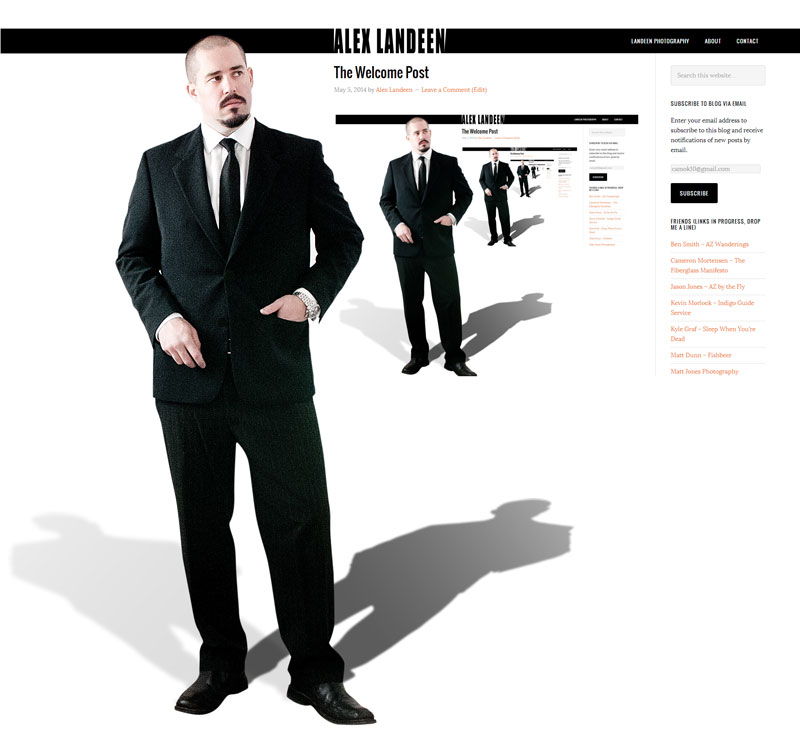 Welcome.
Feel it?
Yeah.
I think you do.