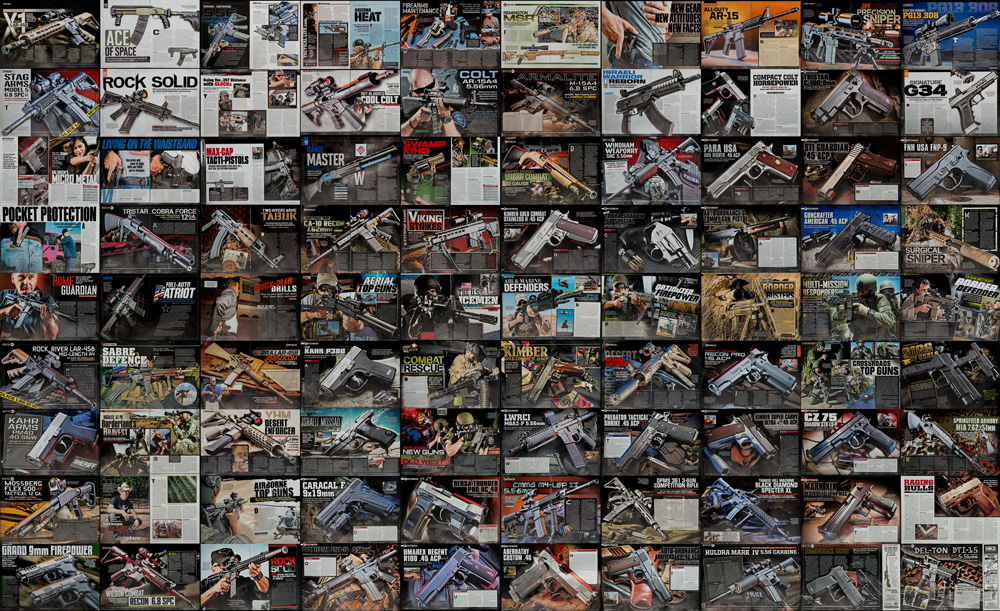 Roughly two feet tall and eight feet long, the pile of magazines slowly grew and collected dust on a low concrete shelf surrounding the cold fireplace in the southwest corner of the converted master bedroom. An addition to the house sometime in the mid-seventies, the roughly 600 square foot red-brick room has served pretty well for my photographic purposes, even though it is not plumbed for either heat (hence the im-my-opinion-totally-useless fireplace) or for cooling (hence the 70’s era wall AC unit that makes strange noises and once tried to kill me with fire).

“One of these days I will get around to cutting all my work out of those damn things.” I would say, usually following someone pointing out the stacks with a raised eyebrow. Early this year that day came, and ended up be a slightly more massive project that previously anticipated, but it was neat to be able to walk back through time and see the progression of the magazines themselves, as well as how my photography grew with experience and gear. The early switch from continuous lighting to strobe, as well as the adoption of a PCE (tilt-shift) lens being probably the two biggest noticeable points. To see all that work in the clean plastic pages of the ITOYA 11×17 Portfolio binders was well worth the effort, and the weight of the combined pages gave a physical presence to the decade-long effort to create good looking, competitive artwork.

January marked ten years of photographing guns and law enforcement related subjects for Harris Publications, and the morning of April 28th seemed business as usual. I woke up to editors copying me on gear and product requests, issuing work orders, and the general hectic banter of email chains that seem to accompany any communication business. The main project needing attention this morning was regarding a feature piece for a new magazine called ARMED. The feature was going to be called Threads, where I would take a model and outfit him with clothing and gear that followed a common theme, similar to building an avatar for a game character. I was working with a dozen companies to get gear and accessories for the initial project, which accounted for about half of the emails on this particular morning.

The letter was simple enough. On company letterhead and addressed “To Our Valued Partners” the letter quickly announced the closing of the Harris Publications, blaming the “rapid ascendance of digital media, changing consumer content preferences, magazine wholesaler struggles, and consolidation in the supply chain.” And further saying they have “tried mightily to persevere against these forces, but have been unable to overcome these challenges.”

Obviously it was a shock, but I felt mostly for the employees. Editors, assistants, layout designers, and all the other people that had become my friends over the last decade, people who had just had their financial throats slit and given 24-hours to clear out before the doors were locked on 1115 Broadway, New York, NY.

In a freelance or independent contractor situation there is always the potential for the work to end without warning. That is just the way it goes, and I have experienced it before with publication companies in the past. People get shuffled around, the art direction changes, one photographer shoots a style someone thinks is more appropriate for a certain publication, or an editor gets a note to “tighten the belt up a bit,” so no more soup for you. At least, until they find an empty spot on the worktable for you to occupy. That is just the way it is. But this was unexpected, to say the least.

But I would be lying if I said I hadn’t seen some writing on the wall. Two years ago, there was a pretty large cutback in work orders, and the decline was especially noticeable at the big party Harris throws to all their vendors, advertisers, and supporters at the SHOT Show in Las Vegas. However this last year everything seemed back to business as usual and the work resumed, increased, even. I can only attribute that to the theory that the powers that be at Harris wanted to keep the pretense up as long as possible, keeping even their most senior people in the dark. Also, when I met Stanley Harris’s predecessors at the SHOT party last year, I got the impression that these people (his son(s)) had little interest in the publication business, let alone anything regarding guns. However this is only speculation and assumptions on my part, and like Sgt Schultz, “I see nothing, I know nothing, I was not here, I didn’t even get up this morning.”

Consider this a belated shout-out to my people; Nino, Mike, Linas, Shirley, Cara, Richard, Rory, and all the others who appreciated and approved work orders for my blackhawk rides, tactical excursions, silly opener layout concepts, Rio Grande gunboat lounge-abouts (working on my tan), mountain ranger treks, felony warrant ride-alongs, and the countless product projects that ran through the studio. I would be less without your appreciation and direction.

But the show must go on, and it does.

There will be more on this, as one landed editor has already reached out from the ether looking for a familiar face.

-Alex who enjoys the company of good people.

Note – It is currently 2:50am, which already disqualifies me from keeping to my own timeline, but hey, whatcha gonna do.